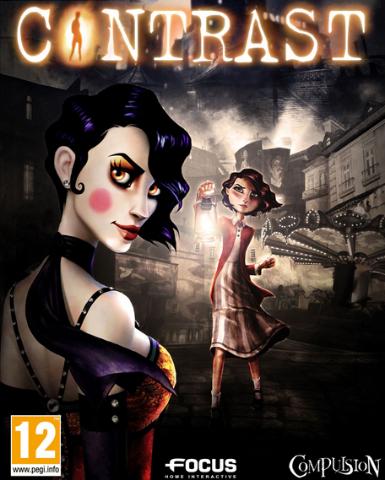 CONTRAST is a charming 2D/3D puzzle platformer where you can shift from a fantastic 3D world to a mysterious shadowy universe in 2D in the blink of an eye.

In CONTRAST, you will explore a dreamlike, vaudevillian world of the 1920s. In this universe, where the boundaries between showmanship, magic, intrigue and deception are blurred, you play as Dawn, the imaginary friend of a young girl named Didi.

A child's imaginary friend is always very special, and Dawn is no exception - she has the power to shift from the 3D dreamscape into a parallel 2D shadow world. As you spend time with Didi, you will cast light on a shadowy story, exploring an adult world as seen through the eyes of this little girl. You will need to manipulate light sources to distort, enlarge or stretch the 2D shadowscape, and combine that with your shadow-shifting powers to help solve the many puzzles surrounding Didi's troubled family.

CONTRAST is a game with an enchanting atmosphere and a rich, jazzy soundtrack performed by the cool, seductive Laura Ellis, and a talented group of Montreal-based jazz musicians. Use Dawn's special abilities to unlock the mysteries of this world and save Didi from the secrets that threaten to overwhelm her and her dysfunctional family.